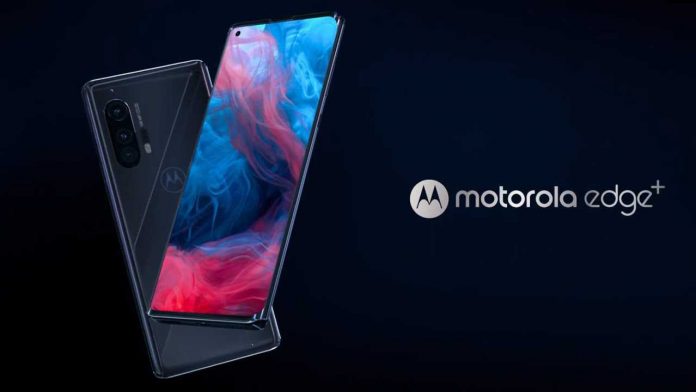 Motorola is back in smartphone game in 2020 with its new flagship with Moto Edge+. Do you realize how long it’s been? And to be honest you kind of miss these things.

It wasn’t that long ago that you remember the Moto X and the droid series being super competitive, unique, and bring high-end spice to the flagship game.

They didn’t make the same return from the past couple of years. However, they made a lot of budgets phones including the folding phone that reminds us of the super-thin Moto Razr nostalgia. But, hey it’s 2020 and they’re back with a flagship high-end specification packed in Moto Edge+. Check out iPhone SE 2 reviews.

The Motorola did their best to complete the 2020 smartphone lineup. The specs sheet is pretty much interesting on a paper comparing with another Samsung Galaxies. Below are the most awaited specs that Motorola lovers were waiting.

And, yes the 3.5mm jack to listen to the music.

Does It Really a Flagship

So, there are a lot of good things here, but it’s far from perfect. There are some things that are frustrating at some point. Well, you probably like this phone the way it is built. It’s metal and glass finish just like other smartphones out there. Having a headphone jack in 2020 is pretty similar to nightmare these days when all major vendor is eliminating this feature. Speakers are louder enough to listen to music.

But it’s way thicker built compared to iPhone 11. The camera bump on the back is huge to wobble it on the plane surfaces. There was enough room for the fingerprint reader on the back.

When you shake this phone turns on the camera LED light on the back, but, wait, you’ll hear an unusual sound too. It’s probably the noise of button rattling in the body that is evidence of the lower build quality. But, it’s not true. It’s the voice of OIS camera system that Samsung Galaxy S20 ultra equipped with.

The Motorola Edge+ is powered with Google latest Android 10 with a bunch of Motorola features. You can turn on the flashlight with just shaking your phone. Also, while double twist the phone turns ON the camera app. These features are the legacy of Motorola devices for many years. It has my favourite clock widgets.

The software is packed with various bloatware applications such as tow versions of Candy Crush, Disney Plus, Verizon cloud app, Digital secure app, and a lot of creepy game stuff. At this point when you’re looking at a premium phone, then it should act like premium. Google Android One was the best choice for Motorola at this point, I feel!

5000 mAH battery capacity is the best trend following point for Motorola this year. You will get positively 6 hours of screen on time, It will be your companion all day long with the normal usage for sure. Thanks to Motorola for wireless charging and fast charger out of the box.

Well, as they advertise its 5G phone which is not yet available in many places, it’s not sure how the Motorola Edge Plus battery will perform.

It’s equipped with the 108-megapixel main shooter as you have seen before in Galaxy S20 Ultra, Xiaomi MI Note 10. You’ll probably get the same experience as in those. The shots were taken with Motorola Edge+ Camera are very detailed, good dynamic range, 27-megapixel default setting photos. In daylight, you’ll get awesome photos. You can make awesome TikTok videos with 25 MP punch hole camera on the lefthand side. Thanks to Motorola for the selfie camera placement in a great manner.

This phone is leaning into it pretty hard, there are some edge display features that’ll glow when you get a notification. It will glow at the alarm clock notification. But, the curve display was first adopted by Samsung in Note edge. It was the biggest hit in the smartphone display industry. Timely it becomes the prime feature in the Samsung phones ranging from Galaxy 6 Edge and so on.

However, it looks cool, but you can’t get rid of the accidental touches. Finally, Samsung has done a breakthrough and left the curved edge display in their latest flagship S20 with flatter display.

We had rubber flaps on the ports for water resistance, soft-touch buttons on the sides of the phones, camera protectors doors on the Nokia phones, motorise front-facing cameras, but all of those things are rolling back to normal.

The fingerprint scanner is optical and it is not quite good enough. It may reject your finger on the first place but may unlock your phone on the second attempt. Tried re-registering the fingerprint again but the results are dramatically the same as experienced earlier.

So, the same thing rolling back to vintage and putting the fingerprint scanner on the back of the phone will be wiser for companies. I’ve used Honor 7X fingerprint security from almost two years and it never rejects anytime I remember.

I’ve liked using this phone but didn’t fell in love with it. If you are going to buy a flagship phone then its honest suggestion to buy One Plus 8 which is higher refresh rate display, same quality camera system, much faster charging, and plenty of other cool stuff. But buying the Motorola Edge+ in 999$ isn’t a good option when you have lower-cost options. Well, if you’re Motorola fan than this will be the best time to replace your daily driver.

Top 5 Online DAT to MP4 Converters for Recommendation in 2020

When you buy a new PC, everything is perfect. Switching on takes (if using an SSD) about ten seconds at the most; the programs...
Read more

The dedicated server is a very high-end server and it is solely for a single user. He/she doesn’t share any resources, speed, or performance...
Read more

When you buy a new PC, everything is perfect. Switching on takes (if using an SSD) about ten seconds at the most; the programs...
Read more

How to Know When You Need to Hire an SEO Expert

Have you been noticing diminishing returns from your SEO efforts? You may think that you have been doing everything right, but you still notice...
Read more

Top 5 Online DAT to MP4 Converters for Recommendation in 2020

Top 5 Online DAT to MP4 Converters for Recommendation in 2020   We are living in an era of technology; humans love to learn from others....
Read more